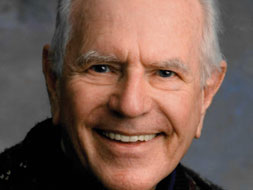 Anne Reisch, 88, of Springfield, Illinois, remembers when her older brother Robert, ’47 LAS, left for the University of Illinois Urbana-Champaign and enlisted in the army. “That was really hard,” Anne shares. “He always paid attention to me and introduced me to classical music, which I love today.” As adults, the two regularly talked on the phone.

Before Robert died in 2007, he established a charitable gift annuity (CGA) with the University of Illinois Foundation (UIF). The annuity provided him tax savings and now makes quarterly lifetime payments to his sister, with the remainder benefiting UIS’ performing arts program. Anne shares she didn’t attend college and spent much of her life as a gardener and provided care for their parents. In times of uncertainty, Anne says, “The CGA payments are so helpful. It’s reassuring to get a steady payment.”

Robert’s gift honors his late wife Jo Anne, ’51, LAS, and established the Robert F. and Jo Anne Reisch Endowment for the Performing Arts at UIS. The couple met in 1950 at the Springfield Muni Opera upon Robert’s mother’s urging for him to audition. Robert and Jo Anne hit it off and married soon after. Robert continued his studies at Yale and the Virginia Medical Institute while Jo Anne pursued theater. Robert spent his career as chief toxicologist in the Office of Chief Medical Examiner, Washington, D.C.

While Robert’s legacy is a testimony to his love for his sister, it also pays tribute to his and Jo Anne’s love of the performing arts and the UIS community.